In the Ironsworn tabletop roleplaying game, you are a hero sworn to undertake perilous quests in the dark fantasy setting of the Ironlands.

Others live out their lives hardly venturing beyond the walls of their village or steading, but you are different. You will explore untracked wilds, fight desperate battles, forge bonds with isolated communities, and reveal the secrets of this harsh land.

Are you ready to swear iron vows and see them fulfilled—no matter the cost?

Guided: One or more players take the role of their characters, while a gamemaster (GM) moderates the session.

Co-Op: You and one or more friends play together to overcome challenges and complete quests. No GM required.

Solo: You portray a lone character driven to fulfill vows in a dangerous world. Good luck!

About the Digital Edition

For Ironsworn information and resources, or to purchase print editions, please visit ironswornrpg.com.

Ironsworn Delve is a  massive expansion for the Ironsworn RPG. Expeditions into perilous places, more foes and encounters, an array of new oracles, expanded setting info, mysterious objects of power, campaign threats, and much more!

hello, how can I contact you for a possible Italian adaptation?

Please, we need an italian adaptation of Ironsworn! : D

Thanks for pointing this out. I thought I had updated these files to include the playkit, but apparently did not. I'll rectify that.

Playkit has been added, along with the latest version of the asset cards (which include 3 bonus assets which were previously standalone)

thank you. that was a very fast response.

Ironsworn is an extremely polished, multiplayer or solo, tabletop adventure rpg. It is a 270 page beast of a book with extremely clean, readable layout and solid art, and you should add it to your game library.

The game's setting is a norse-ish fog-and-glaciers fantasy (or potentially a dark and grounded arthurian fantasy) that's heavy on atmosphere, scarcity, and conflict. The environment is mostly rock and sea and nutrient-poor soil, and culture is mostly at a village/clan level, rather than orbiting around nations and kingdoms. Magic is rare, ritual, dangerous, and poorly understood. There are cyclopean structures and unexplored areas and hints of a former culture that occupied the area. And as an added setting flourish, promises sworn on iron are binding, and you start the game with one vow already in play.

Mechanics-wise, Ironsworn is very thoroughly its own creature. There are design ideas that PbtA players will recognize, and Blades players, and Fate players, but they're all blended together. Everything is extremely clearly explained however, and all tutorials come with helpful visual charts, so Ironsworn feels like a pretty easy game to learn even if you've never played a trpg before---provided you don't mind reading a 270 page book, or provided you've got a friend who'll read it and summarize.

Of course, one thing I do want to note after mentioning that Ironsworn has PbtA influences is that it is *not* balanced towards "there's a complication." It's balanced towards "succeed if you're willing to pay something for it." This makes a big difference. My principal complaint with PbtA is that I never feel like I'm doing anything more than getting beat up by the dice when I'm playing it. With Ironsworn, you have lots of ways to react to the randomness of the dice, and as a result player agency feels *really* strong without compromising the possibility that player characters can fail.

Monsters and equipment can feel a little mechanically bare in Ironsworn, since the game handles most of its mechanics off of the character sheet, but lore-wise everything is rich and well-fleshed, and the core mechanics are plenty robust enough to carry combat. Additionally, character creation has some good heft to it. Nothing is complex or confusing, but a given PC has a bunch of meters, plus some fixed attributes, plus upgradable Asset cards that can be anything from items to companions to spells. Honestly, it reminded me of Destiny Quest or Lone Wolf, and every choice felt meaty the way character build choices tend to do in gamebooks.

Overall, if you liked the most recent God of War, if you liked Blades In The Dark, if you've enjoyed Fate Of The Norns or Symbaroum, or if you're used to playing 5e and want to branch out into something that's really gamey but in a different way, I would strongly recommend grabbing Ironsworn.

Thanks so much for this detailed review!

Started with a one-shot and surprisingly turned into a wonderful multi-month adventure.  Gripping, innovative, and unforgettable!

This game is really quite a lot of fun. Very innovative mechanics. A bit crunchier than most other PbtA games, but if that's your thing you're going to love this!

Just having read through the rulebook I can safely say this game will fit my narratively focused group perfectly. It is a beautiful marriage between narrative and a light but compelling ruleset that sets the stakes without bogging anything down.

I also forgot to say that it is an easy read with loads of helpful repetition of small, reccuring rules and examples to make everything crystal clear. 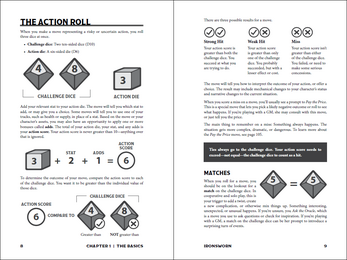 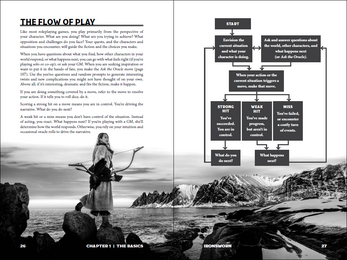 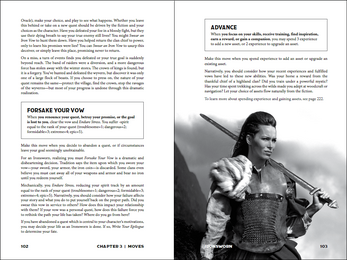 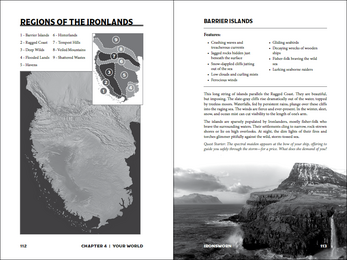 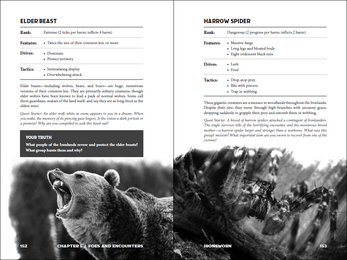 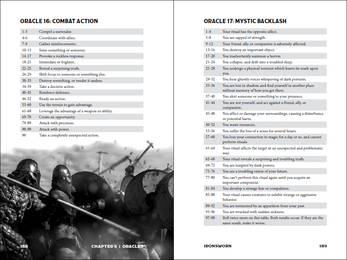